This is a 1/10th scale bust from Dark Sword Miniatures that I painted partially in 2016 and finished in 2017. She is based off the “Portrait of a Young Tiefling” by Tony DiTerlizzi. 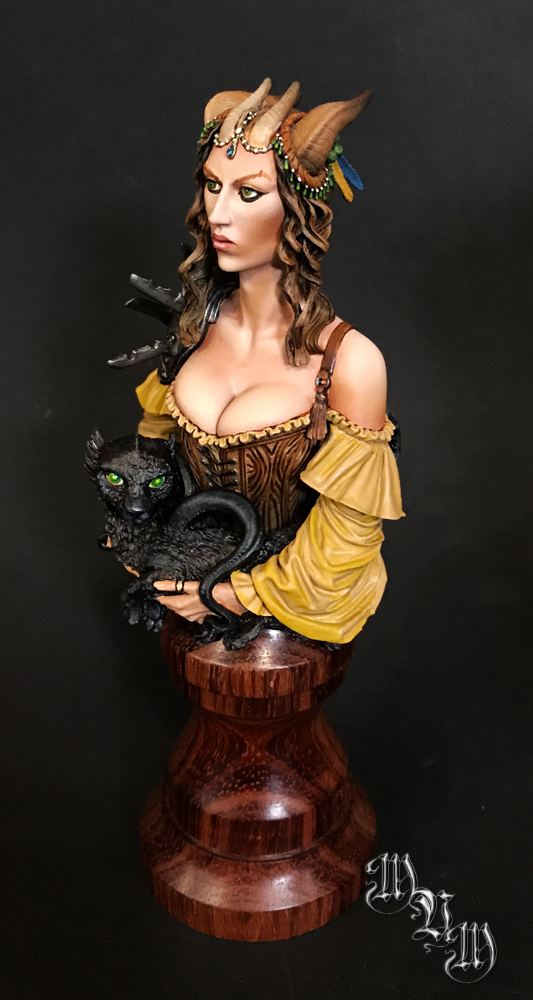 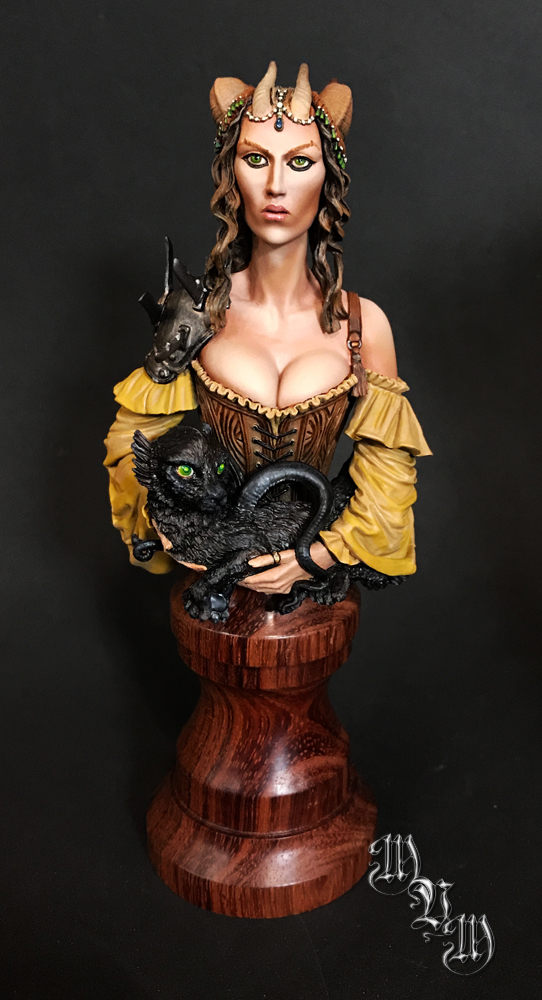 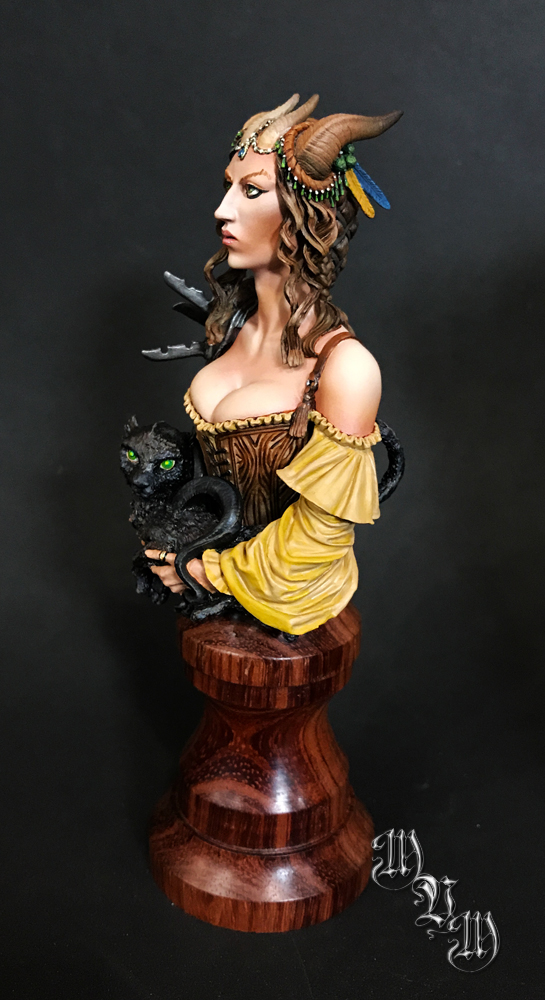 More pictures can be found in her gallery here.

Another WonderFest has come and gone. I’d like to thank the show directors, staff, and volunteers for making this another incredible show. As always, it was wonderful to meet old friends, make new ones, see my fellow vendors, talk and meet our awesome customers and all around have a good time. Thank you to all who attended my miniature demo and I hope you enjoyed it and walked out learning something.

The modeling contest had a record number of entries again this year and the quality was outstanding, especially for the miniatures! I had such a hard time picking a winner for the Morland Studios “Best Miniature” award. In the end, I chose The below piece as the winner, but it was close between several outstanding models! 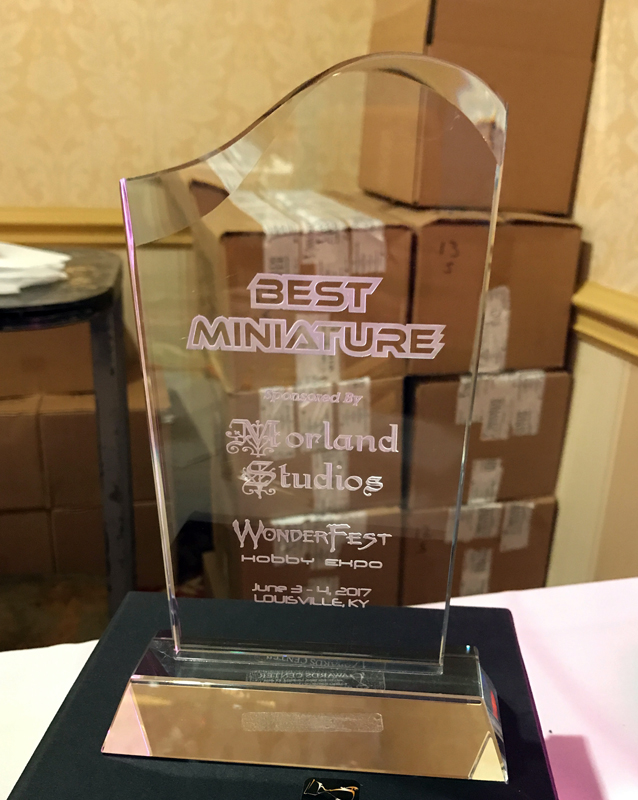 I was blown away by not only the great miniatures from the adults, but the outstanding (and plentiful) amount of miniatures from the Juniors and Teens this year. So next year I will not only be sponsoring a “Best Miniature” adult trophy, but I will also be sponsoring a “Best Miniature Junior or Teen” trophy and prize. In addition, WonderFest is adding a miniature category, so all minis will be in their own category next year! It’s only a year away, so get painting! If you are able to attend this show, I would highly recommend it just to enter the contest.

Pictures of the Modeling Contest and Dealers Hall can be found in my WonderFest 2017 album.

I also sponsored the “Best Little Hottie” trophy in the fan run Naked Resin Attack Modeling Contest. This is an “after hours” event on Saturday started and run by Tom Gossman to celebrate the female form and allow a place for nude models to be shown that can not be entered into the main contest. This has grown to include female models that are not nude. Anyone who has female models that they want to enter but can not stay for the entire show (or just want to enter them here), are more than welcome to enter the Naked Resin Attack. It features quite a few public voting awards like “Best Little Hottie” , Best of Show Trophy, Best Master Class, Best Embodiment of the Flintstone Spirit as well as sponsor picked awards such as this years “Best Filmy Style”, Best Girlie Girl” and “Best Girl with a Weapon”.

Public voting for the Morland Studios sponsored “Best Little Hottie” trophy went to the model “Kabuki”, a well deserved win on a great model build up! 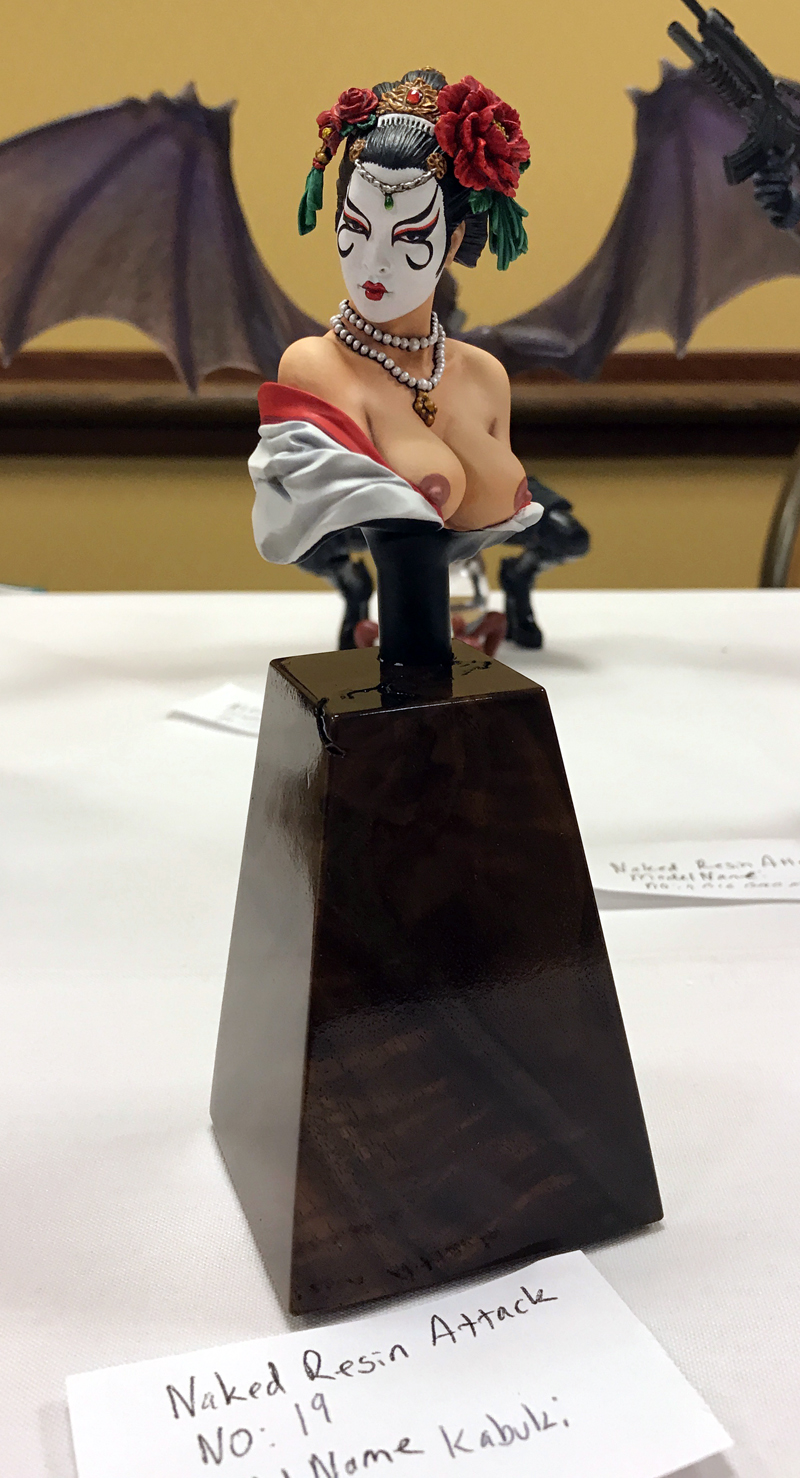